What are the key UK visa routes for global talent? 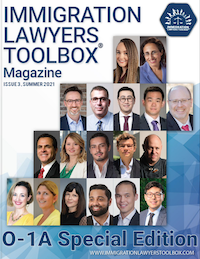 Leaving the European Union thus ending free movement across Europe at the same time as a global pandemic curtailed UK immigration somewhat. So it is unsurprising the UK government has been keen to stress its new immigration system will, as the Prime Minister promised “welcome the best and brightest from around the world.”

One of its flagship new immigration routes is the Global Talent visa which replaced the similar but more limited Tier 1 (Exceptional Talent) visa to become the greatest accolade our immigration system can bestow on those who excel in their fields.

There are no caps on Global Talent visas, and this prestigious route offers a path to citizenship without any need of a job offer for those at the top of their game.

Sponsorship is available for other skilled people who may not meet the exceptionally high bar for Global Talent visas and have an offer of employment or engagement from a UK entity with a Creative, Sports or Skilled Worker sponsor licence.

The Global Talent visa is a useful immigration path for people recognised in academia or research, arts and culture or digital technology to work in those fields in the UK without having to be sponsored by an employer or having a job offer.

There are some similarities to the US O-1 as well as EB1A routes for talent, though Global Talent does not cover sports or business figures as such who can use the other routes detailed below.

Global Talent Visas are a route to permanent residence (after five years for those showing exceptional promise, three for exceptional talent) and people can generally apply for citizenship a year after they gain indefinite leave to remain.

Applicants must be over 18 and show either demonstrable talent in their field, or promise, as evidenced by endorsement by recognised bodies, or winning awards of global note.

An application, unless you are lucky enough to have won one of the honours on a small list of ‘prestigious prizes’ (such as an Academy Award for a leading role, or a Turing Award or Nobel prize in science), involves applying to one of the recognised endorsing bodies, as well as a subsequent application for entry clearance or permission to stay. Endorsements can take up to eight weeks although it is usually faster. Visa applications can also be made for partners and children under the scheme and there are more costly fast track options for the visa decision.

Those applying for endorsement in the fields of science, engineering, medicine, the social sciences or the humanities, or for other academic and research roles, will have their applications referred to the British Academy, Royal Academy of Engineering, Royal Society or UK Research and Innovation (UKRI) which will make an endorsement decision based on the evidence you provide.

This year, the Government made Global Talent visas possible without endorsement for those with a prestigious prize and we expect more developments to make it easier for talented individuals to come to the UK, whether with Global Talent visa or one of the other alternatives below. The full list of Home Office approved endorsing bodies and their criteria can be found in the links below, as well as the list of prestigious prizes which exempt applicants from having to be endorsed.