Vanessa Ganguin writes in The House Magazine for peers and MPs 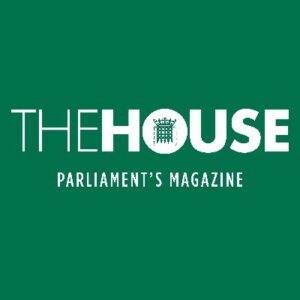 For the first time since David Cameron perhaps rashly set a target for the amount of net migration – and not long after Boris Johnson finally abolished it – a Conservative government has actually met the target.

It may have taken a global pandemic but according to the Home Office’s own figures released last week, last year saw an 88 per cent decrease in net migration to the UK compared to the year before – the lowest on record since 1993.

A global pandemic clearly isn’t the only factor to dissuade people from moving to what our current Prime Minister fetes as “global Britain,” attracting the globe’s “brightest and the best.”

The government may not want to acknowledge a Brexit exodus of Europeans, but its figures reveal 94,000 more EU nationals have left the UK than arrived. And somehow, bizarrely our country is experiencing a “migrant crisis” at the same time as finally lowering migration beyond any targets David Cameron or Theresa May strived to meet.

Headlines decry record migrants crossing the Channel at the same time as decrying record vacancies for crucial frontline roles to keep us fed and our hospitals safe. Our Prime Minister boasts of Brexit delivering control of our borders, yet struggles to control the sea border with France as asylum seekers are less likely to be returned to European countries since leaving the EU. (Plus, we have an extra unwanted border with Northern Ireland!)

Our government reacts to the heartbreakingly preventable tragedy of families drowning in the Channel by doubling down with sabre-rattling at France and a Borders Bill without safe routes.

The government has pledged to make such a route “unviable” – but with 27 drowning in the Channel including a pregnant mother and children, what is more unviable than negotiating a busy shipping Channel in low light and high waves in inflatable boats?

I can’t begin to imagine how terrifying such a desperate course of action is. Yet from the terrifying reasons clients have given me over the years for claiming asylum in the UK, I understand that this most awful of choices is not one made lightly.

As the British Somali poet Warsan Shire so poignantly explains in her poem Home: “you have to understand that no one puts their children in a boat unless the water is safer than the land.”

As MPs debate measures to stop such a tragedy happening again, they have to understand: no amount of “hostile environment” cruelty, hazardous mid-Channel push-backs, or even the ridiculous plans to assess asylum seekers in far-flung foreign detention camps will “stop the pull” of our beacon of democracy when what is pushing people to flee the only home they have known is far deadlier.

Hope that the government reflects on some of the above contradictions as they re-examine the current Nationality and Borders Bill appears to be in vain. It will be interesting to see what amendments may now be put forward. Will any acknowledge that people only entrust their lives to traffickers when they don’t have a safe option to have their claim for asylum heard?

If people do not have legal routes to come to the UK to claim asylum, the solution is not to remove their rights to independent appeals, as the Borders Bill currently proposes. The Home Secretary may enjoy soundbites about lawyers exploiting a “merry-go-round” of asylum appeals. Yet as the Lord Chief Justice explained this week, “lawyers act on instructions from their clients… and everyone is entitled to have their case argued.”

The Home Office’s figures revealed this week that 64 per cent of applicants are now granted asylum – despite what the Home Secretary may tell you about whether people have genuine claims. A tiny fraction of those initially refused end up being removed and 48 per cent of their appeals are successful.

Tens of thousands of people live in pointless limbo on hand-outs when they could be working.

To arrive at a lawful resolution for the record backlog of asylum seekers the Home Office has revealed, immigration lawyers, the clients we represent and the taxpayer would all appreciate far simpler solutions than those currently in the Borders Bill.