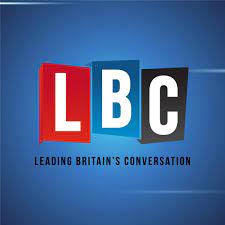 With MPs voting on the Nationality and Borders Bill today, Lord Chancellor Robert Buckland attacked the legal redress asylum seekers arriving on UK shores currently have access to, with almost two-thirds eventually found to be in need of humanitarian protection.

Writing in the Daily Express, the South Swindon MP outlined some of the Government’s controversial proposals in the Bill, currently in its second reading.

“Every day our immigration tribunals are clogged with cases that judges have heard repeatedly and which have been rejected on multiple occasions,” wrote Justice Secretary and Lord Chancellor Buckland. “Our new “one-stop” process will stop this cycle of appeals, ensuring claims are considered together in a single assessment early in the process.”

Appearing on LBC’s Nick Ferrari Show, Vanessa Ganguin Immigration’s Philip Trott said he did not agree with the Lord Chancellor’s inflammatory comments: “He is looking at it from a very narrow legal perspective… people have legal rights and there are remedies. And if the person is abusing their legal rights there are remedies dealing with removals.”

“Why are we spending so much money on defending our borders when we could be actually putting similar monies into helping those people who are seeking to flee their country of oppression?” asked Senior Counsel Philip Trott, outlining more humane and safe alternatives that have been proposed over the years.

“There are political solutions and there are also legal rights and the legal rights do need to be protected,” he added.

Asked about why there are so many last-minute legal challenges to removal flights that the Home Secretary has railed against in promoting her Bill, Philip added: “If you had a legal right and you were told by the Government ‘I’m sorry, your legal right may not be protected’, how would you feel?”

Draconian measures in the Nationality and Borders Bill have been criticised by MPs across the political spectrum this week, including previous Conservative Home Secretary and Prime Minister Theresa May.

Robert Buckland said the bill will result in a system “resolving cases more quickly and reducing the burden on our legal system”.

However human rights bodies, refugee charities and faith organisations have written to the Government pleading for refugee rights enshrined in the 1951 Geneva Convention not to be eroded.

Many have warned measures MPs are voting on today could jeopardise the rights and legal redress of some of the most vulnerable and traumatised people in the world.

Yesterday the Law Society warned punitive measures in the Bill risked driving a wedge between asylum seekers and the solicitors representing them by creating a conflict of interest if solicitors are held personally liable for costs for reasons outside of their control.

A record 430 migrants arriving on the South coast in 14 boats due to good weather and calm seas also made headlines today. Asylum claims in general, have plummeted down: – 18% YOY in 2020.

Enver Solomon, Chief Executive of the Refugee Council on today’s Nick Ferrari show too, also made a plea for people seeking refuge to be given “a fair hearing,” pointing out that around two-thirds of asylum seekers are ultimately found to have a well-founded case.

The full discussion can be heard just after the 9am news, two hours into Tuesday’s Nick Ferrari morning show on LBC here.